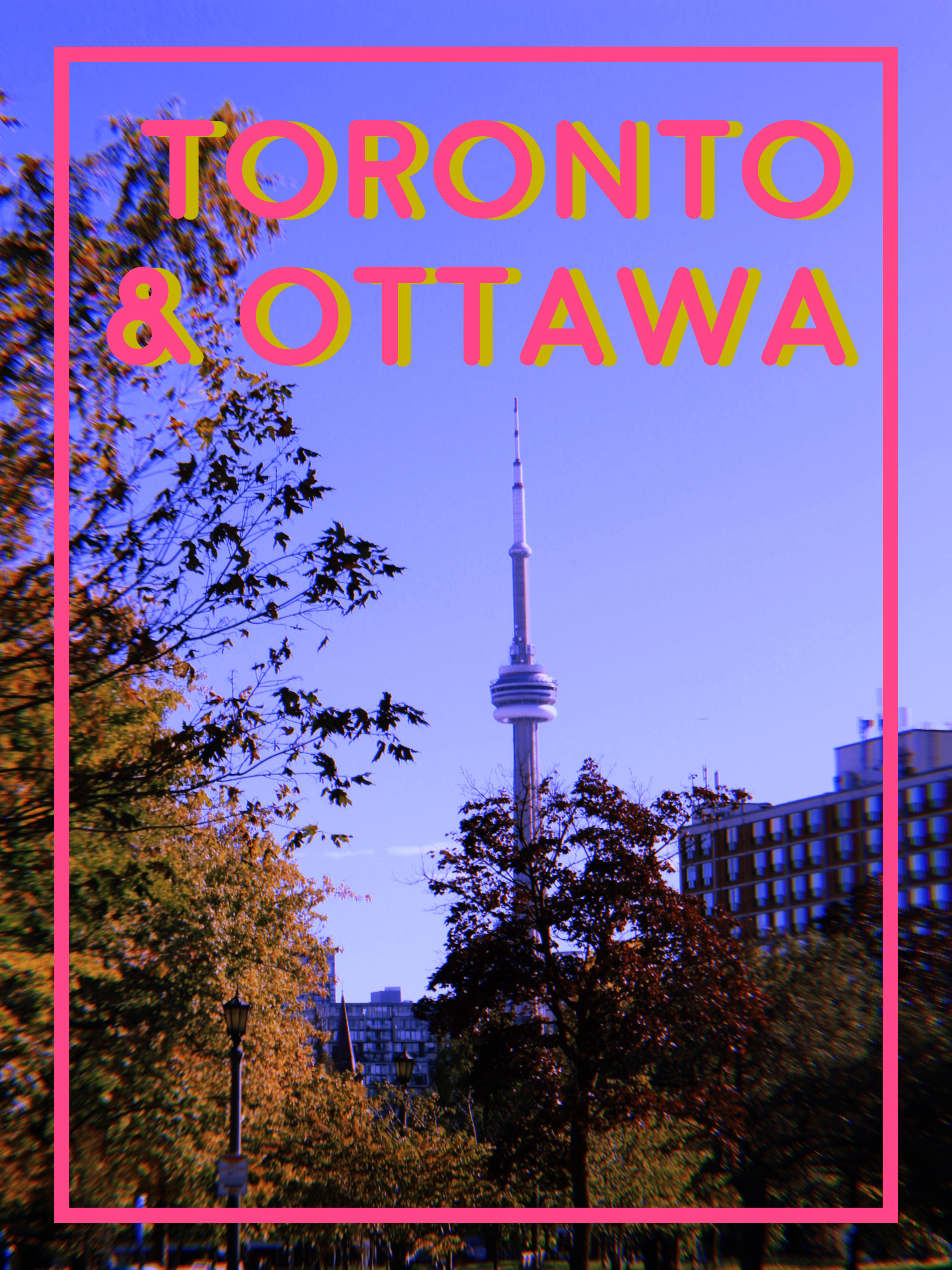 My life was going a little haywire, so, as per usual, I ran away from my problems. I took a 2.5 week trip to Toronto, Ottawa, Montréal, and Québec City. I hopped off the plane then took the train to the downtown core of my first stop, Toronto, wearing all the thick, warm layers I had packed with me for my late October trip to Eastern Canada. It was going to be cold, right? Everyone had told me to pack warm…

Little did I know it was 18°C. By the time I checked in at my hostel, I was damn near dripping. I immediately changed into a skirt and a t-shirt, then I was on my merry way. Funnily enough, I spent that first night at a Getter show with my friend Nick (who I was visiting the last time I went to Toronto), then just wandering around catching up. It was completely spontaneous and very fun, which sums up the rest of my time in the city.

The first full day I was there, I walked so much without stopping that my legs seized up, which was my only real warning that, hey, maybe I should chill out. I was just enjoying wandering around in the sunshine and listening to L’Impératrice on loop so fucking much.

I did a lot of nice things (like meet up with my friend David and wander about for hours and talk about life, which was lovely) and was genuinely really happy the whole week, but my favourite thing I did there was a big long walk from my hostel to the Chester Hill Lookout, which I’d read online had a nice view of the city. Along the way, I wandered through Cabbagetown and the Toronto Necropolis, and wondered why the hell I don’t live in this city already. I fell so embarrassingly in love with this place.

It’s tough to follow an act like that, but Ottawa rose to the occasion. I spent my weekend there staying in a hostel that is A) a converted former jail, and B) supposedly haunted. I did not know it was supposedly haunted until I checked in, I just thought living in a prison for a weekend would be funny.

It was funny. But I also had just horrific nightmares the whole time and slept really terribly because of them. So, either the place is haunted and gave me a dream poltergeist, or that’s just a result of my lifelong chronic depression. WE’LL NEVER KNOW.

Because I was pretty out of it, I didn’t do too much, but I did wander around the Rideau Canal and bask in the glory of the autumn leaves, which were so beautiful I kept stopping in my tracks just to admire them. I also checked out the House of Parliament and the Art Gallery.