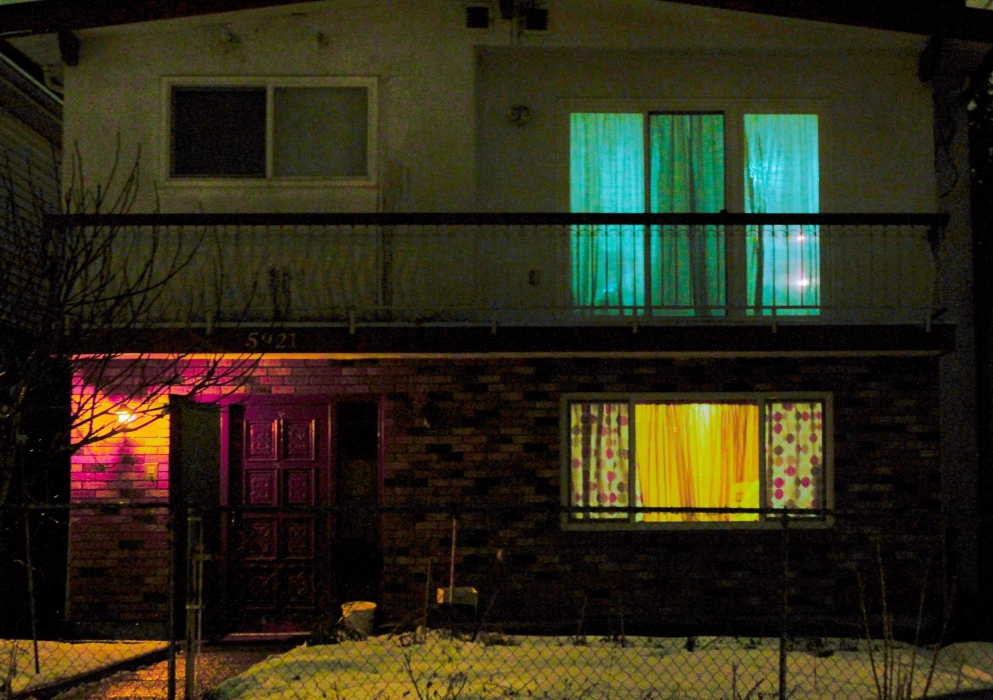 On today’s episode of Attempting to Fall Back in Love with the Place I Was Born and Raised but Have Spent Too Long in and Am Now Desperate to Move Away from but Can’t as I Am in University: documenting my favourite hideous architectural style, ft. snow.

For the uninitiated, ‘Vancouver Special’ is a term used to refer to the houses photographed in this series, built mostly in the 1970s, which were relatively cheap to build and offered massive floorspace for the price. Entire neighbourhoods of them sprung up seemingly all at once, especially in South Van, and they’re pretty iconically Metro Vancouver, which makes them a good thing to document if you’re a lifelong Vancity local who’s really fallen out of love with this city but are currently unable to move out of it and are desperately trying to force yourself to love it again like you did in high school.

I don’t typically shoot architecture, but man something about Vancouver Specials at night with a little bit of snow was just begging to be shot and JPEG’D to shit to fit my a e s t h e t i c. I was trying to come up with a legitimate title for this series, but… I think “Spooky South Van (with Sloan), 2019″ is funny, so.

This last one is, I’ll admit, not a Vancouver Special, but it is hideous and I love it, so I’m including it anyway: