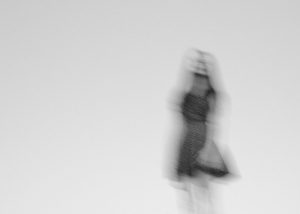 My youtube channel turned four today and I feel very, very strange about it.

By the time most humans are four they can talk and walk and go potty and do, y’know, people stuff, and they’re becoming people. But I still feel like I have absolutely no idea whatsoever what it is I’m doing. Yesterday I looked through my uploaded videos, and it sort of shocked me how little sense the journey I’ve come on has made.

The first video I ever uploaded was a 2:07 clip shot on a webcam of my best friends in the whole world excitedly dancing around the playground of the apartment I lived in at the time. It was the summer before sixth grade and we were having a goodbye party for one of my friends who was moving away. At the time I’m sure I felt very grown up, but looking back at it made me feel like the video immoralized the last real grasp I had on childhood.

I spent that whole first year uploading little skit videos with my friends. They amused us at the time and are cringeworthy now. Gradually these videos became more complex, with, like, editing (wow) and the first video I’m willing to call a ‘short film’ was uploaded around this time. The shots were amateur and the acting was awful, and the whole “wow ok I want to make movies that is a thing I’d like to do with my life” thing didn’t really click until 8th grade, but it’s interesting to see how much being on YouTube while growing up nurtured my interest in film. …Even though it created more cringe material for future me than I’d really like to admit, but if you look back at your art and don’t cringe, I think you might be doing something wrong.

I think July 10th, 2010 was the day I uploaded the first video that I can look back on and firmly tell that I am a full blown ~~tween~~ in, and that was around the time I started to wean off my attempts at this “humour” thing and just vlog.

Also I’m pretty sure I started wearing a training bra at this point so my SPIRAL INTO WOMANHOOD is obvious.

One year down. I had 26 subscribers. PURE UNADULTERATED SUCCESS.

I uploaded a video on 10/10/10 that kind of amazes me, because my demeanor is actually fairly similar to how I act now, I’m just so unbelievably awkward looking, and my editing is terrible. That year was the height of my awkward phase, so it’s really great that I uploaded the infamous Slut Shaming and Why it’s Wrong then…

I haven’t really talked about the impact of that video on, well, my whole life basically, and I won’t go too in-detail here, but  it almost dumbfounds me how out of the blue its entire creation seems in retrospect. I’d never, never, never uploaded anything at all like that video before. There is nothing in my uploaded videos that could indicate that I’d ever do something like that. And then suddenly I just did. And I think there’s a kind of beauty in that, in just making a video about something you care about for no other reason than because you wanted to. I had 33 subscribers at the time, it’s not like I thought anyone would really see it. I wasn’t setting out to become a Big Bad Feminist Vlogger (watch out). I mean, the editing goes completely downhill halfway through it anyway, who would want to watch that? And yet it resonated with (at the time of this writing) 662,281 viewers. Which is insane for several reasons, the most prominent of which is that I don’t even think I fully understood what I was saying at the time. Part of why I wrote that script out was to help myself understand a concept that was so new to me, this form of opression I’d been socialized to not even notice. It was weird.

The first video I uploaded in my third year involved me dancing around downtown with ketchup. Solid way to start, honestly. I also ranted about school, hit 100 subscribers, and uploaded A L T A I R, which is kind of a landmark video for me. As you can tell from the spaces between letters in the title, that was the first video I’d ever made with the intent of creating art. And I think it sort of worked out? That was when a lightbulb went off in my mind saying “yo. Dude. You could maybe do this legit film thing,” and that led to a lot of uploading of similar videos throughout the year. This was definitely the year I got serious about improving my filmmaking.

A Storm in New York and Always On were my way of remembering my whirlwind two day trip to Manhattan to be on Anderson in January when the slut shaming video was really picking up steam. I was still hella awkward looking at that point, which leaves me a little embarrassed, but it also makes me kind of happy to see how jarring it is to watch a dorky-looking kid smack down people with the unholy hands of feminism, you feel me? It’s hilarious.

This was also the year I decided starting Other Zine was a good idea (it turned out not to be, but you live and learn).

This is the year of “I have absolutely no idea what I’m doing with this youtube channel and I’m not sure how I feel about that.”

Most of what I upload now are short and slightly uncomfortable vlogs, and film-y type things. I wouldn’t call myself a feminist vlogger at all, but that’s what most people think of me as. I have no clue what I’m doing. I’m not sure I ever did.

And, as is obvious, I decided to write this whole reflection out instead of make a vlog about it, which I think says a lot, but I’m not exactly sure what.

Here is a list of some of the things I did two days ago in no order:

I’ve been thinking a lot about What I’m Going to Do With My Life and What I’m Going to Be When I Grow Up and How the Actual Fuck Am I Going to Graduate and What On Earth Will I Study in College and How Will I Get a Job That Doesn’t Make Me Want to Die More Than I Already Do, but mostly The Future is Really Scary, and I keep wondering how all the weird shit I do with my time will translate into that. There are so many different things I want to do, and I want to do all of them at once, but I don’t know how I’d manage that without breaking. And is it even possible to be a musician/poet/art magazine editor/filmmaker/makeup artist/E.E. Cummings anyway? Can I do that? Is that a thing? How would I make money off it so I can pay for the Tiny House (or maybe just studio apartment, I haven’t decided yet, it just needs a hairless cat in it) I want to live in one day? Provided I can even stay alive long enough to get there with this fucking brain demon called depression and his pet dog, anxiety, living in the penthouse suite of my body and not paying rent. hOW Do U DO THE “”LiFE”” THING????????¿¿¿¿¿¿¿¿?????

It seems like four years, once you’re older, doesn’t always mean too much. No matter what, any year will bring you countless things– not all of them good– but I feel like it makes more of an impact when you’re still young and figuring out what exactly it is you want to do in life, and who exactly you are. I’m fifteen. Four years is ~26% of my life. Did I spend that well? Do I like who I’ve become and who I am becoming? I don’t really know. And maybe that’s a depression thing, and I know I’m just having some slight teenage existentialist angst problems, but Sarah From Four Years Ago probably wondered about some of the same things. While I realize the immense pressure to specialize and worry about careers so early in life does more harm than good, I’m still affected by it, and it almost makes me a little sad that I’m still essentially lost in life.

Aaaaaaaaand now I sound like an 80 year old man who regrets his whole life. I’m not, I’m just confused about how I feel about the past and the future.

i know one day

life won’t be so

I’m sorry this got depressing– it was unintentional but happens a lot.

Thank you for reading this and caring about the things I say and do and generally making my life a little more interesting and a little less scary.