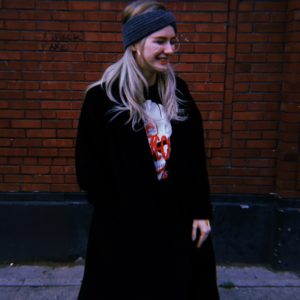 Getting Diagnosed With ADD as an Adult

Genuinely really excited to share this essay about my WILD JOURNEY to discovering THIS YEAR that I have ADD.

Video transcript after the cut.

Guess who loves making finger guns and is officially diagnosed with ADHD-PI?

Yes, hello, it’s me. I’m twenty years old and just had this huge revelation, discovering a neurological condition that I’ve secretly had my whole life. So. I wanted to talk about it. As you can see from the title.

Okay: it’s January 2018. I am in college. I am struggling, which is nothing new, I’ve always struggled in school, so I’m not sure why I thought college would be any different. It’s proving extremely difficult to focus in lectures, to focus on my homework, and to remember anything at all that I’m being taught. I’m whining about it to one of my best friends, Maddy, and she commiserates. She’s sharing with me her experiences in university, which sound equally if not more torturous because she has diagnosed ADHD.

I’m a little… taken aback… by how much of what she’s saying rings true for me.

I do a lot of the same things she does. But I had always thought it was because of my long and tumultuous relationship with depression and anxiety. When I really think about it, though, at this point in my life, I’m not very depressed or anxious. And I’m still doing all these ADHD-like things.

This set off a bout of obsessive research and internet quizzing, all of which led me to suspect that, holy shit, I might have it, and which also showed me I hugely misunderstood what ADHD is.

I just remember being like, “Attention Deficit Hyperactivity Disorder, eh? Well. I’m not hyperactive. That is a hard fact. And how could I possibly have a deficit of attention? There are times, usually when writing or editing videos, that I get so focused that everything else in the world disappears. And that’s normal, right? Especially for an artist? That’s just ‘being in the zone.’”

Plot twist: Turns out ‘ADHD’ is a bit of a misnomer. Most people don’t have a deficit of attention, their attention is just all over the place. And the presence of hyperactivity also isn’t necessary for a diagnosis. You can have Predominantly Inattentive ADHD, formerly known as ADD.

Also, apparently being ‘in the zone’ doesn’t mean opening up your word doc, doing some work, then looking up and realizing that all of a sudden, it’s been seven hours, you’ve written thousands of words, and you really need to pee. Turns out when normal people are ‘in the zone’ they don’t get tunnel vision. They don’t find it impossible to switch to another task, or entirely forget that any other task may even exist. When I do that, it’s called hyperfocus. And it’s a symptom of ADHD. And it’s a great superpower, except for the fact that you can’t control when it happens to you.

For example, one time I stayed up until 3 A.M. hyperfocused on reading Wikipedia pages about big cats. I learned that cougars aren’t in the same genus as other large cats, like lions and tigers, because they can’t roar. They’re the biggest of the small cats. How fucking cute is that? I’ve amassed a wealth of useless knowledge from all these late night Wikipedia binges. My IRL friends can confirm, I have many ‘fun fact’ moments.

See, like most people with ADHD, I have never had a deficit of attention. My attention is just all over the place. I can’t even count the amount of times I’ve been in class totally unable to listen to anything my teacher’s saying because all I can hear is the sound of someone chewing beside me. I’ve also gotten really terrible tear-jerking sensory overload a couple of times in my life, when my anxiety was much worse, because I’d just take in all of the sensory input I got, equally, at once, without discernment. These don’t demonstrate a deficit of attention, it’s more of a malfunction. If anything, I’m often paying too much attention, to information that’s irrelevant.

Lots of mental illnesses can cause symptoms similar to ADHD. ADHD and Bipolar II, for example, are sometimes misdiagnosed as each other because they can both cause symptoms like racing thoughts and pressed speech (two symptoms I experience). Personally, I always wrote off huge ADHD-PI symptoms that I have—like poor memory, distractibility, inattention, forgetfulness—as being caused by my comorbid major depression and anxiety.

And, certainly, the undiagnosed ADHD-PI fed into my mental illnesses and vice-versa, but it was when I stabilized, when the fog of my mental illnesses cleared away and I was still left with all that poor memory, distractibility, inattention, and forgetfulness, that I realized something else had to be going on here.

For me, a huge part of why I was trapped in a cycle of major depression for so many years was because I had fallen into this abyss of horrific, unflinching self-hatred. And I cannot even begin to explain—even in an essay that serves specifically to explain my experience—how much of a difference it makes in your self-confidence to discover that all of those things you’ve struggled with your whole life, that you always took as proof that you’re a lazy idiot, are actually the result of a neurological condition that is out of your control.

I spent a solid couple of months after I figured this out just going, “haha, it’s ‘cause I have ADD,” to so much random bullshit, because it suddenly explained MY WHOLE LIFE. I did it to such an extent that it annoyed my friends, but I was like, listen, I have TWENTY YEARS OF THIS TO CATCH UP ON. And it has made a notable difference in my perception of myself. Obviously, yes, I have weaknesses because of this, and I can’t use my diagnosis as a scapegoat to free myself of accountability. But I am not lazy. I am not stupid. And every time I used to cry over my bad grades because I’d tried so fucking hard underneath the weight of my depression, anxiety, and then-undiagnosed ADHD-PI, only to fail still, every time they’d say that I “have ability but need to work harder,” it wasn’t my fault.

Upside to figuring it out as an adult: because I’ve already been at this for two decades without realizing it, I have a lot of really good coping skills in place. I’ve taught myself good impulse control, I’m rarely late to things or forget about appointments—although it does still happen—and I’m exceptionally organized for someone with ADHD-PI. …Although, the fact that I don’t particularly struggle with those things anymore, which are things most people with ADHD struggle with, did contribute to my not figuring out I have it for a long time. Even though I had to work abnormally hard to develop these good habits. It is what it is.

So. Yeah. It’s been a wild ride to get here. But when I got the diagnosis I just felt such relief. It was, and continues to be, so positive. I didn’t make this up. I am not alone in this. It is a diagnosable disorder, which means that 1) other people are out there doing all the same silly things I do, and 2) there are treatment options. ADHD is super manageable, and, as I’m noticing, much more common than I thought. It’s been so validating to talk to my friends who also have it, particularly my friend Hannah, because it helps me understand myself better.

Also, honestly, having ADHD can be great sometimes. I know science says multitasking isn’t really possible, but I have to wonder if they’ve done any studies on the efficacy of multitasking in individuals with ADHD. I realize this is anecdotal evidence, but personally, because my brain is already doing forty things at once, I don’t find it very overwhelming to be told to multitask. I’ve actually found that while medicating my ADHD is hugely beneficial in some ways, my ability to multitask has gone completely out the window.

I also know there’s a huge link between my ADHD-PI and my creativity. I think up a lot of weird things, and very rapidly.

The fact that my memory is godawful is the biggest reason why I’m now an obsessive diarist. Yeah, having anxiety about inevitably forgetting everything that’s ever happened to you kinda sucks, but in my efforts to counteract that I’ve completed beautiful journals, and they’re my most prized possessions.

Plus, like I said before, hyperfocusing is pretty lit when it happens at a convenient time.

Anyway. There’s, y’know, ups and downs to this, I’m not gonna act like it’s all coming up roses. For example, one of the many fun side effects of ADHD is having trouble wrapping up the finishing details of projects, and I literally wrote this ENTIRE ESSAY on September 28th, and then just didn’t write a concluding paragraph, so imma just keep it real and conclude the essay like this, because I want this to be done. Because figuring this out has seriously been hugely positive in my life and I want to talk publicly about it in case anyone else out there is having trouble going through the same thing.

Thank god I’m not a perfectionist!!!!