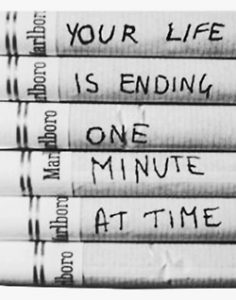 On Tumblr’s Romanticization of Depression

Before really diving into talking about this, I’d like warn you that I am going to get angry. Also, huge trigger warning for depression, addiction, self harm, enablement and romanticization of mental illnesses– all that fun stuff.

Look, baby, I love you. You know that, seeing as I’ve wasted at least a little time on you nearly every day for the last three years. And this isn’t a break up letter, you’ve just kind of started scaring the shit out of me lately. There’s this part of you, this, dark, freaky part– that really loves to romanticize mental illnesses. It’s the Soft Grunge part of you. I don’t like it. It’s really dangerous behaviour. You’re worrying me.

Text me or something, alright?

If you’ve been following my internet adventures then you probably know that I was diagnosed with depression and anxiety a while ago. I’ve tried to be fairly forthright about it recently, because 1) it’s pretty obvious anyway, 2) the shame that so many people feel about their mental illnesses is really really awful, and I’d like to be part of the admittedly small portion of people trying to end that stigma, and finally, 3) I’m trying to do this thing called Get Better, which for me involves embracing it.

Also, I really love Tumblr. And teenage girls. Not in a Humbert Humbert kind of way, more in a, “we are young, smart, strong ladies, and we’re going to take over the whole damn world one day,” kind of way. Discovering feminism has made it pretty hard for me not to be bursting with girl love.

Which is probably part of why the soft grunge craze makes me so angry– this is my own kind, severely disappointing me.

“Soft Grunge” isn’t what happens when you put a Nirvana CD in a washing machine with some fabric softener. It’s a term that evolved to describe a specific type of aesthetic common among teenage girls on Tumblr in recent years. Lana del Rey is basically the human embodiment of this phenomenon. This Urban Dictionary definition is condescending, but also pretty accurate:

[They] create a “hardcore” persona on Tumblr by reblogging pictures of inverted crosses, dip-dyed hair, ying-yang symbols and toilets. They like to pretend that they listen to grunge music by wearing stylish Nirvana tees that match their $200 pair of Doc Martens. If you were ask them who the Misfits were, they’d probably say anyone who isn’t sporting spikes this season.

This breakdown, however, misses out on the really weird romanticization of mental illnesses, especially depression, that runs rampant in these blogs. I creeped a few Tumblrs (that I would normally link to, but I’d really rather not encourage more people to look at this stuff, but reverse image searching is a thing if you really care) and found a lot of seriously fucked up imagery– it’s wildly popular, too, judging by the notes these posts get.

You see this, right? You’re seeing these pictures?? They’re there in front of you and you can see them??? Or am I just losing my mind completely???? Do people not find this messed up????? I also found a lot of pictures of bruised knees and bleeding cuts in my travels to the terrifying side of Tumblr, but looking at them makes me want to vomit even more than the above images, so I’m not posting them here.

I’ve tried to describe what depression feels like a thousand times before, and I can never really get it right. Sometimes, depression feels like nothing. It’s the absence of feelings. Which is why to people who’ve never really learned about it, someone with a severe, life-threatening mental illness can just kinda look like some dude who sleeps too much and won’t do stuff.

Notice how the words “pretty,” “beautiful,” “romantic,” or “#pale” didn’t show up in that description. Because it’s none of those things. It just sucks. In one of my vlogs I described depression as “kind of like a 24/7 party inside your brain, where everybody that you invited is a sad drunk, so really you’re all just sitting on a couch together, like, sobbing over nothing, and it’s like, hey, brain, wanna… not? Maybe? That would be cool.” And I’d say that’s still right. Although the sobbing part isn’t always apparent in people– it’s indicative of a marginally less severe form of the illness than an apathetic kind of depression.

Basically, no matter how it manifests, depression doesn’t really tend to look like decorated cigarette boxes and artfully running mascara. And I’m willing to bet money that a huge chunk of these girls have no diagnosed illnesses.

Which isn’t to say that no girl with a soft grunge blog is actually diagnosed with depression (or any other mental illness), because I’m sure many are. And I think I can kind of understand the appeal. Feeling like you’re a part of something can be comforting, and so can seeing that other people feel the same way you do. When you’re in the healing stages of a mental illness, having support isn’t just important, it’s a necessity. But the soft grunge subculture doesn’t support the “Sad Girls” it idolizes, it enables them.

Every time you reblog pictures of a computer screen that says “stupid sad girl” or Marlboro cigarettes with sticky notes pasted on them saying “because you broke my heart,” every time you contribute to a culture that makes depression seem like a quirky thing to add to your “about” section instead of a serious disorder with one of the highest death rates of any illness, you are actively making it okay for people to ignore their health problems and just be sad. That’s enablement.

People need to stop posting pictures of pills and tagging them #death, #suicide, #self hate, #soft grunge, and #pale. Trust me on this one, overdosing on pills: not really a good time. It’s nothing like the pictures of parties that are scattered all over your dashboard. A pretty blue-eyed boy will not come up to you when you’ve been lying in an ER bed for four hours because you can’t walk and tell you how beautiful you and your sadness are. Maybe that’s because you won’t be wearing pants at the time (I wasn’t), or maybe that’s because you’ll barely be able to speak because your mind is so distorted by the drugs. He won’t kiss your fucking scars. In fact it’s likely that nobody ever will, because seeing the mutilated flesh of someone you love is terrifying.

I think that’s something that needs to make its way back into our perception of mental illnesses: terror. I don’t mean that we should regress to a state where as soon as someone tells you they’re depressed, you run and hide, but we can’t look at depression as something that’s beautiful in any way. I would never want anyone to be afraid of a loved one of theirs with depression, but they should probably be a little bitafraid of the depression itself. Because in my experience, the fear is really what winds up getting people to get help. The things that depression can drive people to are terrifying. The way your own thoughts turn against you is terrifying. The shitstorm that your life turns into is terrifying. I’m gonna go full white girl for a second and quote some really beautiful Kendrick Lamar lyrics from Sing About Me, I’m Dying of Thirst—

In case I’m not here tomorrow, I’m hoping that I can borrow
A peace of mind, I’m behind on what’s really important
My mind is really distorted, I find nothing but trouble in my life

The song isn’t about depression, it’s about growing up in Compton, California, and trying to resist the magnetic pull of gang life and violence, but I remember the first time I heard those lines they hit me like a slap in the face because they were just so easy to identify with. “My mind is really distorted” basically sums up depression in half a sentence. And before this rant turns into a post about how much I love Kendrick Lamar, let me just say this: creating a space where depression is so accepted that it verges on being promoted is just as dangerous as creating a space where depression is unaccepted. Much like everything else in life, we need to find a balance.

And really, it’s not that fucking difficult to just stop reblogging shit that promotes unhealthy views of mental illness.

PrevPrevious4.
NextA Bunch of Blobs: The Importance of Abstract ExpressionismNext