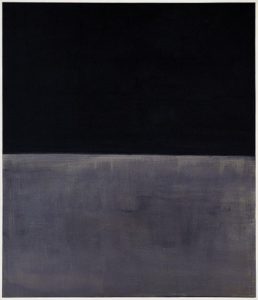 A Bunch of Blobs: The Importance of Abstract Expressionism

I will never ever understand why people care about the dumb things I write about but I’m glad they do because it gives me an excuse to post essays I write in my spare time explaining the difference between modern art and abstraction and why abstract painting is important on the internet? Like I never talk about feminist issues anymore and this is about art history which is entirely different? I don’t even know why I write about this stuff? I just care about things? None of these sentences are actually questions, grammatically speaking, so I don’t know why I’m ending them with question marks?

This is probably why people think I’m weird.

BUT ANYWAY. LET ME BRIEFLY RANT ABOUT MODERN ART.

People usually say that after seeing paintings by Jackson Pollock, or Mark Rothko, or something that was probably influenced by them. And the immediate problem isn’t how wrong they are about those paintings being “a bunch of blobs,” (even though they are so, so wrong) the immediate problem is that they think modern art is just abstraction. I have no idea how terminology amongst the public evolved so that we picture abstract art whenever someone says something about modern art, but it should stop. The art magazine curator in me is being killed very slowly because of it.

Here’s why people don’t “get” modern art: because the way we refer to it makes it seem like it’s just another art style, and not a whole period of art development that took place over almost an entire century that is filled with hundreds of movements—including abstract art (or abstract expressionism), which is all we picture when we hear the term.

Modern art encompasses the work of artists like Edouard Manet, Vincent Van Gogh, and Henri de Toulouse-Lautrec, not just Pollock or Rothko. Modern art was simply about ignoring the standards of a time and experimenting, doing something different. There’s no way to really mark a clear start to this idea of “omg guys we can do things other than neoclassism,” but a lot of art critics & historians credit Edouard Manet’s Le dejeuner sur l’herbe as being one of the first paintings from this period, and it was first exhibited in eighteen freaking sixty-three.

In 1863, shockingly enough, depicting a nude woman chillin with two clothed dudes was not really a thing that was socially accepted. It created a lot of controversy by doing something unheard of. Something new. Something modern. And boom, art development period started.

Look, here’s a list of all the movements that took place within the modern art time period. There are… There are a lot. And all the art made during them count as modern art. Which is why it’s extremely confusing to me that people generally only recognize abstract expressionism as being Modern Art. And then they make fun of it. Despite it having an incredibly valuable role in art history. It was what solidified New York City as the center of the art world. Pre-World War II, Paris reigned supreme, and most people figured if you wanted to be A Real Artist, you ought to go to Europe. During World War II, more and more of Europe fell under Hitler’s rule, and “degenerate” artists were frighteningly intensely persecuted. Artists could either flee or change their styles to escape artistic tyranny—and many of them chose to go to New York, which had been the art capital of America for a long time. Abstract expressionism soon evolved (in the late 1940s) and it was what put American art on equal playing field as European art for the first time.

Personally, and this is just coming from some teenager who researches art history in her spare time because she’s wildly uncool, not an academically-trained historian, I just find it important because it’s art for art’s sake. The process of its creation is usually more important than its result. Every time I hear someone say “I could’ve done that,” I want to cry. Because like, yes, you could have done that, but you didn’t. Abstract expressionism seems like such a simple concept to us now, it seems so obvious, but before the 1940s, nobody had ever thought of anything like it. Nobody had ever splattered paint all over a canvas and called it art before. And that is why it’s important: because it was innovative.

And I mean, I guess I can see where people are coming from when they look at White Center (Yellow, Pink and Lavender on Rose) and think, “I don’t get it,” but something that we all need to understand about art is that, well, art isn’t always about being understood.

ps: I’m not actually an elitist art snob this is just one of my pet peeves

pps: some of this might be historically inaccurate and if it is please tell me